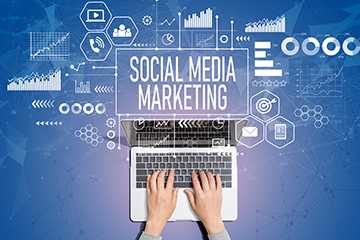 Social media platforms are giving traditional television, print and radio advertising a run for their money, according to one marketing expert who says lower cost is not the only benefit of publicizing clinical trials on Facebook, Instagram, Twitter and Pinterest.

These platforms and others can be rewarding avenues for reaching potential trial participants and bolstering trial recruitment, with easier audience targeting, opportunities to engage, greater brand awareness and the ability to make adjustments on the fly and optimize as an ad campaign progresses, Jane Howie, a research marketing consultant for Cincinnati Children’s Hospital Medical Center, told WCG MAGI West conference attendees last week.

The top social media platforms all come with different benefits and disadvantages that are important for sites to consider when crafting their trial marketing strategies.

It shouldn’t come as a shock that Facebook, the most popular social media platform in the world, covers all demographics and has the strongest advertising capabilities in the industry, Howie told a packed conference room. It’s seen as the best advertising platform and the one with the greatest audience size, with estimates putting its user base at roughly three billion active users per month. But sites may not realize that advertising on Facebook comes with a price beyond money: privacy issues and heavy advertising saturation, she explained.

It’s also important to note that health condition targeting capabilities were removed from Facebook’s and Instagram’s advertising dashboards this year (CenterWatch Weekly, Jan. 10). But some marketing professionals can provide vendor-compiled lists of people that may have searched for a certain condition, which can serve as something of a workaround to these restrictions, Howie noted, and people in specific geographic areas (such as within 30 miles of a site) and zip codes can still be targeted, as can adult patients and parents of children within a certain age range.

Twitter offers sites a mixed audience of professionals and everyday people, the third best targeting capabilities and a format that forces short messages (280 characters max) and concise advertisements, according to Howie. At the same time, these short messages can limit advertising efforts and the considerable bot traffic Twitter plays host to makes accurately tracking ad success more challenging. In recent times, this issue of bots — real but automated Twitter accounts — has come to the forefront on the platform. Programmed to spam Tweets and comments and interact with Tweets for various purposes, including commercial aims and scams, these bot accounts can confound efforts to gauge the success of advertisements.

Compared to its rivals, Pinterest may not be the strongest platform for clinical trial ads, having limited targeting capabilities and audience reach. But for trials looking to enroll or reach women between age 18 and 49, it can be an option worth thinking about, as this demographic forms its core userbase. It’s also a platform that’s “great for discovery and inspiration,” lending it an edge in that regard, Howie believes.

Traditional advertising approaches like TV and radio are still an option for sites looking to promote their trials. But costs can add up, as these media require ad frequency to be successful. They’re also more expensive during certain periods, such as election cycles and holidays, and are not typically seen by younger demographics today, who often opt to use streaming services instead.

Beyond direct mail, traditional approaches simply can’t target patient populations the way digital approaches can and adapting to new methods can be difficult. Overall, while traditional advertising is familiar, trusted, reaches the masses, is more popular with older adults and can sometimes provide more information, it’s in decline, according to Howie.

Cincinnati Children’s Hospital has recently used both TV advertisements and Facebook to reach potential trial participants, with differing results. The TV ad, which sought 150+ adults age 18 to 49 for two shigella and norovirus vaccine trials, cost $7,500 for four weeks and 216 spots on the air. While the site is still waiting to see the final impact of the ad, preliminary findings show it generated fewer calls and completed surveys than anticipated, Howie told conference attendees.

On the other hand, a Facebook ad campaign for a teen sleep study, which cost $3,500, saw greater success. Because they were seeking patients age 14 to 18 and couldn’t target minors, they chose to target parents instead, running three iterations of a Facebook ad with different pictures, captions and headlines. Overall, the principal investigator and team were pleased with the results.

The ads brought in 390 patients that met preliminary eligibility criteria and gave contact info. Out of these, 100 were determined to be of interest to the study. After site staff contacted this group of patients, 88 responded. In total, 57 patients were consented after phone screening and 37 remained on schedule as participants, Howie said. The 20-participant dropout they saw is something the site intends to evaluate and address next year.

For Facebook and Instagram ads, expect to pay around $1,000 to $4,000 to start and launch your campaigns from your brand’s pages with different versions of the same ad, Howie advised. Her site, whose target audience is parents, uses these two social media platforms frequently but sees the best results from Facebook ads. On both platforms, it’s best to use real patient photos when possible, but Cincinnati Children’s Hospital often finds itself having to use stock photos.

Use no more than 20 percent text on social media, with the primary text capped at 125 characters and the headline at 40 characters with spaces — it’s all about visuals for Facebook and Instagram users, she said. It’s also important to adhere to these limits or text may be truncated when ads are viewed on mobile devices. For Instagram, she’s noticed that videos typically perform better than picture ads.

Howie advises sites interested in TV ads to have the station create the ad using site-provided photos, logos and scripts, as this can be far cheaper, and remember that scripts, photos and potentially the ad itself will have to go through IRB review and approval. TV and radio ads should typically run for at least three to four weeks to get proper exposure, and sites that enlist the help of a marketing professional can more easily narrow down which channels and stations will be best to run ads on.

Sites should allow themselves the time to plan out, develop and launch marketing strategies (such as social media posts and traditional methods of advertising), Howie said. Planning should be underway even at the time of study budget creation, and sites should work to ensure the budget includes marketing funds. It’s also wise to ask for marketing support from the sponsor.

“It takes time to plan for, create and execute marketing tactics,” she said. “It’s critical to plan early.”