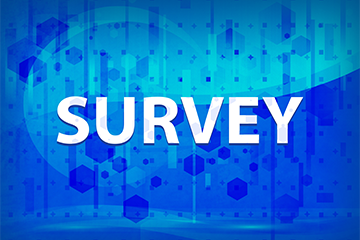 While the pandemic’s impact on clinical trials has been evident — trials paused or closed, new trial starts delayed, enrollment and retention declining — some hard data from two renowned research institutions have cast light on the pandemic experience.

Researchers at the Dana-Farber Cancer Institute (DFCI) and the Tisch Cancer Institute (TCI) at the Icahn School of Medicine at Mount Sinai looked at their enrollment numbers over the past two years to quantify how well they coped and spotted two important changes: differences in how funding sources were able to adapt and racial shifts in trial cohorts.

Oncology trials in general, the largest portion of clinical research by a wide margin, may have been harder hit than other therapeutic areas due to their requirements for frequent visits, additional patient examinations, complex procedures and very sick and vulnerable patients, among other intricacies. But their experiences can inform the entire industry.

DFCE and TCI found a 46 percent decrease in enrollment in March through May 2020, the first peak of the pandemic. Specifically, DFCI dropped from 716 patients enrolled in the prepandemic period (December 2019 to February 2020) to just 405 patients during the first peak, while TCI dropped from 144 patients to 59.

Once the institutions implemented measures in response to the pandemic, such as telehealth visits and investigational product shipments to patients’ homes, they were able to bounce back within one year. While TCI had not fully rebounded, accruing 114 patients in March through May 2021, DFCI actually surpassed its prepandemic recruitment numbers, picking up 769 patients in that timeframe.

But those numbers don’t tell the full story, the study reveals. Looking at funding sources, the analysis showed a significant shift in enrollment away from trials funded by academic sources to those sponsored by industry. Academically funded trials made up 53.9 percent of total enrollment for the institutions at the start of the pandemic compared to 36.6 percent for industry-sponsored trials, with federally funded trials making up 9.5 percent.

After two years of the pandemic, industry-sponsored trial enrollment edged out academic at 47.5 percent and 46.3 percent respectively. The federally funded portion of enrollment dropped to 6.2 percent.

“This perhaps shows a better adaptation among industry-sponsored clinical activities,” the researchers wrote in Annals of Oncology, though they noted “academic trials can be more resource-intensive endeavors, often requiring research biopsies and more visits, which could have limited accrual.”

All sponsor categories experienced a serious decline in new trial starts, the study shows. At DFCI, trial activation numbers dropped by 23.6 percent in the first peak of the pandemic. These declines began recovering across all sponsor categories later in the crisis, and Dana-Farber eventually saw a 30.4 percent increase in trial starts by May 2021. As the pandemic waned, the industry overall was able to significantly slash study startup times and activate trials faster (CenterWatch Weekly, May 10, 2021).

Like so many other sites, DFCI and TCI also saw an increase in the number of protocol deviations, most of which were related to the pandemic. Of 40 deviations, 34 were pandemic-related, a far cry from the nine
trial deviations the institutions experienced in the prepandemic period. The rate of serious adverse events, however, was unchanged during the crisis, the analysis found.

Interestingly, the researchers noticed racial disparities among participants that were removed from trials during the pandemic, a phenomenon they believe should be more closely examined. Although non-White (Black, Hispanic and other) participants made up 25 percent of participants in one cohort of 269, they represented 31.2 percent of the 34 people dropped from the trials. Hispanic participants, at 21.9 percent, were the largest non-White group dropped by far.

“The differences in clinical trial enrollment during the pandemic based on race warrants further investigation, though this finding aligns with prior studies suggesting significant racial disparities in care during this time.” 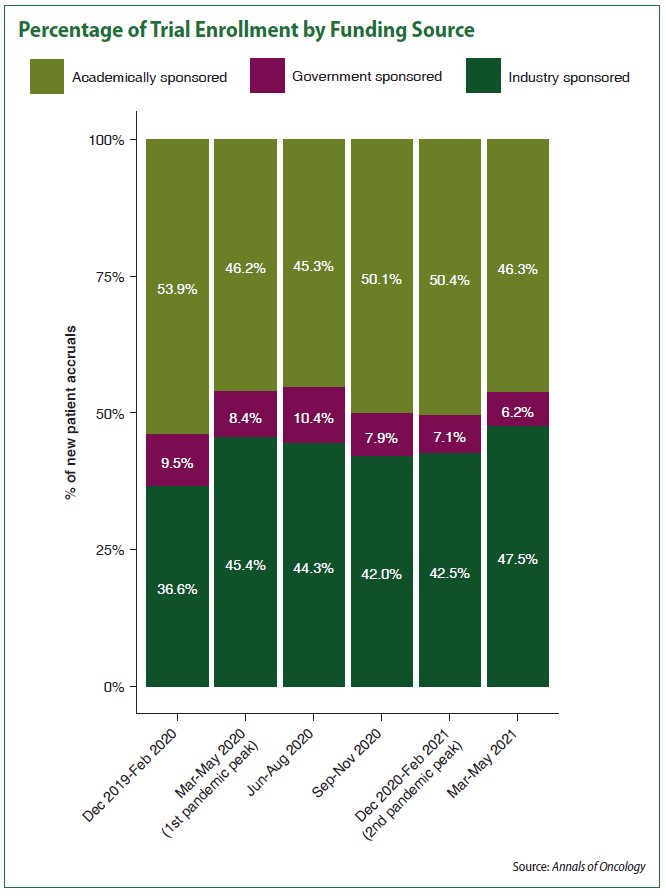