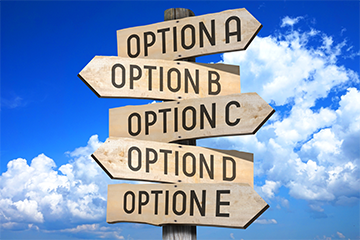 There’s been considerable skepticism about using decentralized trial (DCT) approaches in cancer trials, with procedural complexity, nature of disease and other considerations lending themselves more to in-person visits. But a new survey shows cancer patients have greater interest in trials when remote technology cuts down on travel and other participation burdens.

The survey conducted by researchers at the American Cancer Society Cancer Action Network and published in JAMA Network Open found that 85 percent of respondents said they’d be more open to joining a trial with activities carried out at a local facility, and 82 percent said they would participate in a trial that uses wearable technology to capture trial data.

The 1,183 cancer patients/survivors responding to the survey were asked about nine specific remote modifications that decreased the need to travel to a site. All nine received positive responses from the majority, including:

Even patients who initially said they would not join a trial for any reason reported an increase in willingness when presented with remote choices, the researchers noted.

Nancy Sacco, head of clinical/site development operations for SiteBridge Research, an integrated research organization in Chapel Hill, N.C., says that traveling can be especially burdensome for cancer patients, who may worry about being exposed to other infections and diseases, for example, or find leaving home difficult if surgery has been part of their treatment regimen.

While cancer patients have been open to participating remotely to some degree in her experience, a hybrid trial may be the ideal way to go for piquing interest, both for patients open to remote approaches and patients against them.

Thinking carefully about what can and should be carried out remotely in a trial should be done from the very start, not implemented through an amended protocol or as a “rescue” measure for trials struggling to retain and recruit, she cautioned.

“[Patients] do not necessarily prefer completely remote clinical trials. Being seen periodically by the principal investigator is important to patients,” she told CenterWatch Weekly. “It does provide a sense of comfort and a sense of medical care that telemedicine visits and at-home care by a nurse or technologist do not necessarily fulfill.”

The survey findings back up this point: 86 percent of respondents noted that the option to do in-person visits was still an important consideration, even when enrolling in a trial in which all activities could be done at home.

Respondents’ average age was 58 and the race/ethnicity breakdown was 70 percent White patients and survivors; 20 percent Black; 3 percent Native American; and 2 percent Asian and Pacific Islander. Only 10 percent of respondents named Hispanic, Latinx or Spanish as their ethnicity.

From Sacco’s perspective, there’s room to make cancer trials more of a hybrid activity, though this will of course depend on the type/stage of cancer, the procedures involved and the dosing regimen, and may not be as easily done in oncology compared to other disease areas, such as diabetes and arthritis.

For example, many cancer treatments are drug infusions that involve special setups, administration by infusion nurses, preparation by a pharmacist prior to dosing and more complex storage requirements. In addition, cancer often involves more imaging than other diseases, which can’t be done at home when PET or CAT scans, for example, are required. For these reasons, cancer trials have been slower to move in a more DCT direction than other areas — but it’s not a space that can’t be decentralized, Sacco said.

“The changes are slower for oncology than other therapeutic indications,” she said. “There’s still a way to go, likely because oncologists need to shift some of their thinking on how these patients can be treated remotely and influence a bit more the sponsor study designs and the patients, who may have felt the negative impact of lockdown and now want to get back to the physician offices, infusion clinics, etc.”

“I do think it’s possible to redesign the clinical study approach for DCT if and as the protocol allows,” she said. 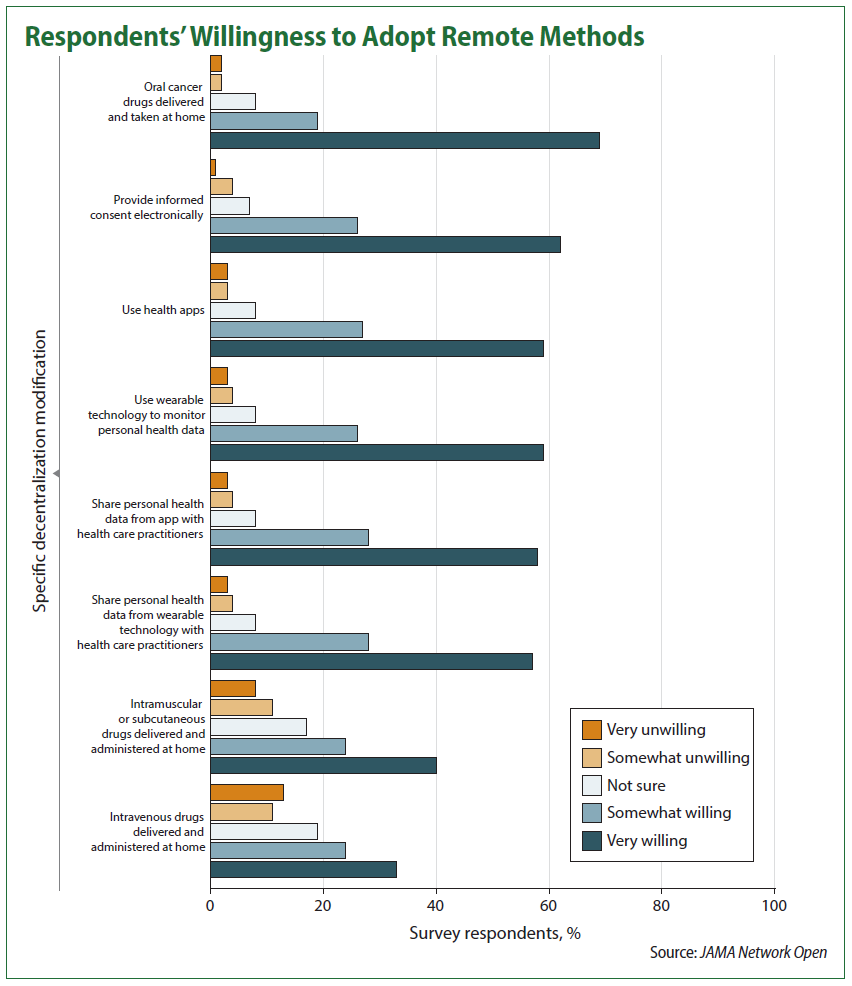