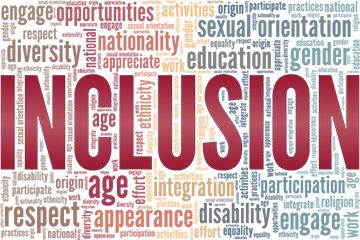 Among the many voices involved in the ongoing discussion about increasing diversity in clinical trials, one group has received less attention from sponsors, sites and regulators alike: transgender and nonbinary people. More effort needs to go into including these populations, according to one transgender advocate, including staff site training and special accommodations.

At the site level, having a welcoming environment and staff that understand and accommodate trans participants is essential to ensuring they feel safe, welcome and willing to participate, said Paschall, a female-to-male transgender person.

Although the FDA has acknowledged the importance of improving the inclusion of transgender and nonbinary individuals in trials, it hasn’t issued guidance specifically on the subject and international regulatory guidances similarly lack details on bolstering the participation of this group, he said.

Safety/privacy concerns and mistrust are key barriers to transgender and nonbinary individuals’ participation in trials, and sites can and should take action to address these hurdles, said Paschall, adding that nearly half of transgender adults report mistreatment or discrimination by a healthcare provider.

“We’re not only afraid to find a new doctor to treat us and give us care, we’re also afraid to participate in a trial because of discrimination and being perhaps outed in situations where we would not want that to happen,” he said. “Most doctors and their staff aren’t really educated in how to treat and care for trans and nonbinary patients. We’ve never had a reason to trust.”

But sites can take measures to show trans and nonbinary participants they’re aware and respectful of these concerns. For instance, it’s important to include this group in site marketing materials, such as on posters and brochures, if they aren’t already. Inclusive marketing goes a long way in demonstrating that the site cares about the LGBTQIA+ community, and a lack of presence in marketing content is likely to make transgender individuals feel unsafe and unwanted, said Paschall. Similarly, it’s important that sites ensure the group is acknowledged and included in study materials as well.

Some adjustments can be very simple and still extremely meaningful, he said. For instance, it speaks volumes to transgender participants when sites have at least one gender-neutral restroom. This is a big concern for many transgender people, he noted, such as those who have only had upper-body surgery.

Another way sites can increase their appeal with trans and nonbinary participants is to offer one-on-one contact, a measure that can show them in a more trustworthy, caring and accommodating light. It’s critical to provide this sort of interaction due to participant worries of being accidentally outed. “Privacy is very important,” he said. “For some of us, we’re not out to everyone. Some trans and nonbinary people may be out to their families but not out at work and vice versa. That goes back to safety and feeling welcome in the environment.”

Site staff must be trained for interaction with trans and nonbinary participants, Paschall emphasized. For example, staff members may not understand the correct use of gender-neutral language or pronouns. Educating them on this can go a long way to making participants feel welcome and willing. Take a “no assumptions” approach, Paschall advised. “Avoid assuming gender identity and use gender neutral pronouns when pronouns aren’t shared.”

Trials requiring overnight stays must be carefully considered, too, for safety reasons, he said. If participants need to share rooms, the site should specifically ask them who they would like to room with, giving them the option of staying with another trans male or female, a cisgender male or a cisgender female (those whose gender identity matches their biological gender at birth).

“For safety reasons, it absolutely does matter,” Paschall said. “That would be one of those situations where I might be inclined not to participate if I had to be in a room with someone I didn’t feel safe with.”

That group noted that while diversity efforts have tended to focus on underrepresented racial and ethnic populations, it’s critical to ensure that other aspects of diversity are considered, including participation of people of all genders and sexual orientations. To that end, even small-scale trial revisions can mean a lot to these patients while at the same time help gather valuable data.

“Minor changes to clinical protocols, informed consent documents and data collection forms can have a tremendous impact on … analysis of data in a way that allows us to better understand and treat the healthcare needs of this community and can make studies more welcoming and inclusive so that persons who are part of the LGBTQIA+ community feel comfortable and safe in participating,” the group concluded.