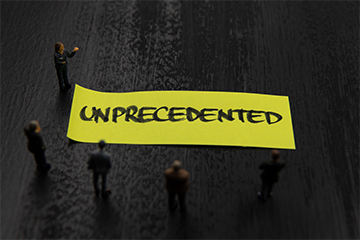 For the first time in 30 years, the number of novice investigators — those who conduct only one trial — is declining and the pool of experienced investigators is growing, leading to a drop in investigator burnout and turnover rates, particularly in the U.S. and Canada.

A new analysis by the Tufts Center for the Study of Drug Development (CSDD) reveals that the proportion of principal investigators (PI) who leave research after conducting a single trial, a phenomenon known as “one and done,” dropped to 66 percent in 2020 from 70 percent in 2015. A decrease at such scale has never been seen by CSDD before, according to center director Ken Getz.

“Up until this most recent analysis, we were observing a highly fragmented investigative site landscape that was dominated by a very, very high proportion of novice investigators, many that were coming in really in response to growing interest in rare disease-targeted clinical trial activity,” Getz told CenterWatch Weekly. For decades, the largest, highest-volume and most-experienced sites have made up only a small percentage of research regulated by the FDA.

Turnover rates are still quite high, particularly among novice investigators, Getz pointed out. PIs with more experience and activity in trials generally drop out of research at a much lower rate. It’s this growing presence of more active PIs (and declining numbers of one-and-done PIs) that appears to be helping reverse turnover trends in the U.S. and Canada.

In 2010, 40 percent of all PIs conducting trials in the prior four years did not file again. This figure dropped to 35 percent in 2020, with turnover rates seeing improvement in North America and growing significantly worse in Europe and the rest of the world. In 2020, around half of novice investigators dropped out of research.

CSDD’s analysis found that the downward trend seen a decade ago of PIs moving away from North America has reversed as well. Nearly two-thirds (63 percent) of all PIs are based in North America as of 2020, up from 54 percent in 2015. By contrast, the proportion of PIs in Europe has declined from 24 percent to 19 percent in that same period, while the proportion in the rest of the world went from 22 percent to 18 percent.

The pandemic has played a part in all of these remarkable changes, Getz believes. COVID forced sponsors to seek sites that could support telemedicine and remote/virtual approaches, including remote monitoring and the use of wearable devices and smartphones, capabilities sites in North America are best equipped to handle.

And the pandemic required experienced investigators to implement the changes and adjustments needed to keep clinical research going, Getz said. While a greater proportion of experienced sites were used to supporting remote or virtual components, as well as vaccine trials, PIs new to trials were primarily entering research for their patient populations, such as rare disease populations or narrow oncology patient subgroups. Their lack of decentralized trial (DCT) experience meant they were left behind as industry saw its massive shift toward DCT approaches.

“We may really be on the cusp of a new structural site environment,” Getz said. Conventional trial approaches have contributed to “a very high level of inefficiency and suboptimal performance,” he said.

Sites and sponsors alike have seen firsthand the benefits and challenges of DCTs, and it’s undeniable that trials will continue to shift to more hybrid models. As this shift continues, the site landscape will see dramatic changes, Getz believes. “We’re really right at the point where we’re going to start to see more scaled sites, a more mature marketplace, and I’m hopeful that that will help to drive higher levels of efficiency and performance and lower turnover rates.”

However, greater employment of DCT solutions could create more work for experienced sites, especially if industry listens to patients, who have voiced that while they desire remote and virtual options when possible, they still want to be able to come in to the site if they wish. It’s too soon to tell, but CSDD anticipates a change in site burden one way or the other.

“How do you schedule visits and how do you schedule assessments when you’re juggling so many different patient preferences simultaneously? That’s kind of a new burden for sites. They haven’t really had to encounter that in the past and this is something we’re just starting to detect now in the site landscape analysis that we’re conducting,” Getz said.

“As the more mature investigator, particularly in North America, starts to take on more trial volume and the volume, we’re assuming, will have more hybrid executional characteristics, how will burden shift and change? It’s too early to know, but we certainly expect that the burden will be different because the executional models are different.”

According to CSDD’s findings, there were 32,077 active PIs globally in 2020, a number that has continued to increase in the past decade, although at a slower rate (1.5 percent annually) than the decade before it (4.6 percent annually).

CSDD based its analysis on the FDA’s Bioresearch Monitoring Information System (BMIS), examining the number of investigators who filed a Form 1572-Statement of Investigator to conduct new trials between 2010 and 2020. Getz said that the center opted not to use ClinicalTrials.gov (CT.gov) because its PI data are less detailed than BMIS data. For example, BMIS data accounted for shifts and changes, such as if an investigator dropped out of a trial but the site facility continued to conduct it. CT.gov, on the other hand, typically shows facility or location information and not investigator-specific data. Additionally, BMIS is run by the FDA and offers more real-time data, whereas CT.gov is mostly self-reported and thus may have incomplete data.