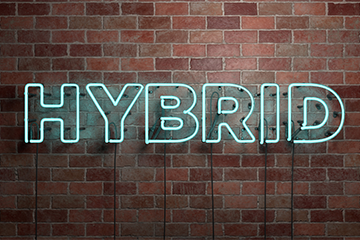 Industry is approaching a watershed moment, with sponsors and CROs planning for the first time to conduct more hybrid trials than traditional site-based trials, a trend that is expected to play out across all trial phases and therapeutic areas.

In the space of 12 months, a survey showed that clinical trial executives planning to conduct hybrid trials rose to 77 percent, up from 59 percent the prior year. Less than half of those surveyed (40 percent) said they had fully virtual trials on the horizon, up from the 26 percent in 2020, according to the survey, which was conducted by Science 37.

Decentralized trial (DCT) activity is set to increase strongly across phase 2, phase 3 and postmarketing surveillance trials. More than two-thirds of respondents said they expected to run phase 2 (69 percent) and phase 3 (68 percent) trials with DCT elements in the new year, a substantial increase from the 2020 survey responses of 50 percent and 46 percent, respectively.

The number of phase 1 trials using DCT elements, however, is expected to remain at the current level of about 37 percent. Phase 4 trials will see a modest increase in decentralization, up to 38 percent from the previous year’s 25 percent.

Remote approaches to trials are anticipated to increase across all therapeutic areas as well, with oncology, rare diseases, central nervous system and immunology trials receiving the biggest bump. Nearly half (46 percent) of the survey respondents expect to conduct oncology trials with DCT components this coming year, an 11 percentage-point increase from the prior 12 months. The same increase was seen for rare disease trials, with 37 percent of respondents expecting to run trials with DCT approaches in 2022. For central nervous system trials, 35 percent of those surveyed plan to do trials with decentralized elements compared to only 26 percent the year before.

The survey inquired about the specific DCT approaches sponsors and CROs plan to utilize in their future trials, and all of the components asked about unsurprisingly saw large increases, with eConsent, telemedicine/mobile nursing and remote sites seeing the greatest traction.

Two-thirds of respondents expect to bring eConsent into their trials in the next year; less than half (44 percent) said they had used this approach in the year prior. Similarly, telemedicine went from 41 percent to 61 percent, home/mobile nurses increased from 35 percent to 54 percent and remote sites hiked up to 54 percent, more than doubling the previous 25 percent of respondents who said they used it in the prior 12 months. Other components, including remote patient monitoring, electric patient-reported outcomes (ePRO), wearables and local clinics also saw increased interest from research executives.

Although it’s clear industry is very interested in further onboarding DCT solutions in 2022, the survey revealed a host of challenges sponsors and CROs perceive in bringing them into their trial designs, chiefly regulatory concerns, site integration, a lack of in-house capabilities and data security. Lesser concerns included sourcing vendors, a lack of training, data harmonization, internal buy-in and the costs involved in implementing DCT elements.

Executives had polarizing experiences in implementing DCT at traditional sites: nearly half (48.5 percent) said the task was challenging, while 48.6 percent found it was “reasonably successful” or “adequate.” But few had either truly amazing or terrible experiences: 1.9 percent of industry executives described their integration as “seamless,” while just one percent described it as a “disaster.” These findings show a need for sponsors to communicate with sites as they continue to implement more DCT technologies, Science 37 said.

“While many of these experiences will have played out ‘on the fly’ during the pandemic, there is clearly a learning curve in this process, and often a cultural shift,” the company said. “Sites will remain a critical component of most agile trials, so sponsors should make sites a key consideration of DCT strategy and trial design, with special regard to training and other requirements.”

Despite the hurdles, trial execs clearly recognize the value of decentralization, naming improved patient experiences, increased patient retention and speedier recruitment as the top three boons, showing that sponsors recognize the worth of DCTs to patients and trial acceleration.

The FDA has big plans for encouraging DCT components. Among a number of initiatives, the agency has said it intends to publish a framework by the end of the second quarter of fiscal 2023 that will inform the use of data gathered by digital health technologies (DHTs), including the development of methodologies to assess DHTs for measuring key endpoints and other measures, such as safety monitoring or baseline characterization, in trials. The agency is also intent on developing a standardized way to handle and analyze large datasets gathered by DHTs and plans to release guidance on the use of DHTs in both traditional and decentralized trials.