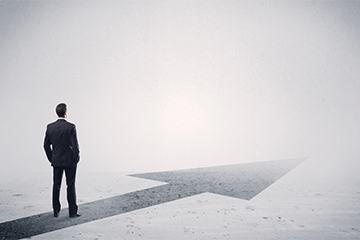 If Robert Califf’s nomination to helm the FDA a second time succeeds in Congress, he is likely to push for clinical research reforms, with a focus on diversity, the increased use of real-world evidence (RWE) and addressing the rising costs and complexity of trials.

His confirmation this time around is by no means a sure thing; three Democrat lawmakers in the evenly divided Senate have come out in opposition to his nomination, criticizing Califf for his ties to the pharma industry as they did during his first confirmation hearing. Because Sens. Richard Blumenthal (D-Conn.), Joe Manchin (D-W.V.) and Ed Markey (D-Mass.) will likely vote against him, he will need Republican support to be confirmed.

Manchin, for instance, said that Califf’s “significant ties to the pharmaceutical industry take us backward, not forward,” and cited the nation’s ongoing opioid epidemic as a reason to nominate a commissioner who is less connected to big pharma.

Sen. Maggie Hassan (D-N.H.) appears on the fence about the nomination. She has also expressed concern about the FDA’s prior approval and labeling decisions on opioids and stated she would look deeply into Califf’s record to determine how she will vote.

The confirmation hearing isn’t expected to happen until at least mid-December, meaning a full floor vote isn’t likely to take place until 2022. Until then, Janet Woodcock is expected to remain in her role as acting commissioner.

Califf previously took the reins at the FDA in the final year of the Obama administration and had no difficulty getting through the Senate at that time, being confirmed 89-4 and serving from February 2016 to January 2017.

Said Mark McClellan, who served as commissioner of the FDA from 2002 to 2004, “He has the unique feature of having been there and done that before, which gives him some very valuable experience around what leading FDA is like, but also some insights on the issues that were important when he was there before.”

McClellan, now a director of health policy at Duke University, added that Califf’s tenure at the FDA took place near the end of Obama’s administration, so it was a “tough time to launch major new initiatives.” Now could be the time for him to dig in deeply on areas that had been a priority for him, like bringing more efficiency to clinical trials and increasing diversity in research.

Others in the industry say Califf has the ability to be transformative at the FDA as the agency and industry emerge from two years of unprecedented innovation forced on them by the COVID-19 epidemic.

“This is a moment in time that we’ll never have again — to examine the past two years and make fundamental change from what we’ve learned,” said Sans Thakur, chief growth officer at clinical trials software platform company Medable and former life sciences lead at Accenture. Thakur said she believes Califf will look to harness and expand the unprecedented drug and vaccine acceleration that took place during the pandemic.

During his time at the FDA, Califf recognized the massive potential of RWE and he may again push the agency to evolve its use even further should he return to the FDA, though his immediate charge would surely be addressing the ongoing COVID-19 pandemic and fallout from the Aduhelm decision.

During his time in the driver’s seat, Califf was vocal about the prospects of wearable devices and EHRs in clinical research. While Califf was commissioner, the agency worked on regulatory approaches to manage the complexity of multistream data coming from devices and apps that measure heart rate/rhythm, blood pressure, physical activity and the preferences/social activities of patients. It’s clear that Califf believed at the time that the agency needed to keep stride with advancing technology that can further revolutionize the way multiple streams of data are utilized in approving medical products and informing practice; that position is not likely to have changed much, if at all.

As recently as March, Califf also signaled his interest in master protocols, noting that while there aren’t many under way in the current landscape, they can help to significantly accelerate clinical research when the many sites involved operate efficiently (CenterWatch Weekly, March 22). An FDA led by Califf could aim to determine better ways to get master protocols and other complex trial designs quickly off the ground and help optimize sites that take them on so that their speed benefits can be realized.

McClellan said he anticipates Califf promoting more platform trials like the RECOVERY trial at the University of Oxford that quickly enrolled thousands of participants to test multiple treatments for COVID-19 on an accelerated timeline. “Rob would like to bring more of that evidence capacity here, generating more evidence faster,” McClellan said.

Right now, Califf, in addition to advising Verily, is a senior adviser for Google Health. He is also an adjunct professor of medicine at Duke University and a member of the Duke Clinical Research Institute. If his nomination succeeds, he will have to step down from those positions in addition to divesting stock holdings in the industry.

Steven Grossman, executive director of the Alliance for a Stronger FDA, said, “If confirmed, I would expect Dr. Califf to examine the agency more broadly and address priority needs more resolutely than in his prior stint. The current situation is very different from being commissioner in the seventh and eighth year, when the White House is less interested and the time frame for changes is quite limited.”

He added, “I believe Dr. Califf’s priorities will have a common theme: FDA modernization. To achieve the greatest benefit for the American people, FDA needs the resources and tools to address acceleration of medical progress and the potential for a dramatically safer food supply. He will, I predict, advocate for data and technology modernization, improved means of recruiting and retaining FDA employees, facilities upgrades and the means to make the agency’s processes more efficient, accurate and responsive.”