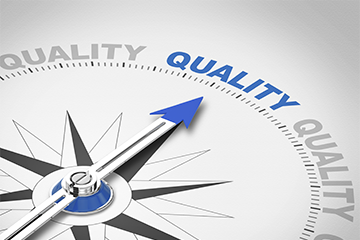 Quality culture is not just an industry buzzword; it’s incredibly important to the FDA, and the agency is intent on embedding it in clinical trials through proactive compliance rather than after-the-fact inspections.

David Burrow, director of the FDA’s Office of Scientific Investigations (OSI), said “nobody wants FDA to inspect quality into a system. That’s like the kidney stone of regulatory oversight. It’s the most painful way forward possible.”

It’s “way, way better to build quality in, take care of yourself in the long run and actively choose to avoid the model of inspecting quality into clinical research,” he said during ACRP’s 2021 annual conference.

In moving toward establishing a quality culture, it’s very important for sponsors and sites alike to view the trial protocol as the blueprint for quality, especially in light of the rising trend in protocol complexity. Making protocols more complex than they need to be can lead to confusion for trial sites and create unnecessary problems down the road that could have been avoided.

“Poor protocols result in unreliable data and violations that didn’t need to happen. You need to balance the need for specificity in the protocol with the operational realities of a trial,” Burrow advised. “Often we see protocols that are unnecessarily complex, ambiguous or contradictory. The uncertainty or the lack of clarity at a clinical site then leads to errors and anxiety for everyone.”

Burrow pointed to an analogy by former FDA Commissioner Robert Califf that characterized certain protocols as Christmas trees overloaded with ornaments over time. With those “Christmas tree protocols,” people would take study protocols they had used in the past and add more provisions and steps to them for subsequent trials. The problem, however, was that they didn’t take away the unnecessary elements of the study when doing that and thus the protocols weren’t focused on identifying the most concerning risks nor on eliminating or reducing their probability, Burrow said.

Use four key strategies when building your quality system, he advised. First and foremost, design systems that are geared toward supporting quality. While that may seem painfully obvious, Burrow has seen firsthand that for many, it isn’t. Doing that requires thinking about where you can simplify your trial, how you can limit the opportunities for error and, critically, making errors very known when they do happen.

“I say this all the time, it’s like magic: when you increase the visibility of errors, you magically decrease their severity and their frequency. I always say that if necessity is the mother of all invention, then humiliation is its father, and if your errors become super visible in real-time, then you’re going to stop making them,” Burrow said. “I think this is a critical aspect of a robust [quality] system.”

Second, staffing and training absolutely matter. In selecting staff, make sure they’re qualified, ensure they have adequate training and supervision and be certain that the tasks they’re performing are ones they’re qualified for. Additionally, make sure that staff know what they need to do and aren’t being overwhelmed with tasks or you’ll increase the chances of errors happening, he said. Sponsors should also keep in mind the important differences between clinicians and clinical investigators.

“They can be the same person, but it’s a different skillset,” Burrow cautioned. “Think of Dr. House doing whatever is needed for a specific patient, throwing the rulebook out the window, vs. a clinical investigator that follows a protocol and is doing what is required for the specific clinical investigation. It is not the same thing.”

Additionally, a strong training program is invaluable for saving time and money in a clinical trial, he said. Training should be conducted before a study starts, whenever staff changes and whenever trial expectations change. Doing this is critical to establishing and managing a reliable “network of commitments” across the entire clinical site that involves having everybody know what everyone else is responsible for.

Third, avoid using the words “may” or “should” in your protocol. Burrow said that even today, trial protocols all too frequently use those ambiguous words instead of “must” or “shall,” leading to uncertainty about what actually needs to get done in a trial.

And lastly, implement a system that detects and corrects errors in real-time. It’s essential that this system keeps information on who, what, when and why a change was made and what it was changed from, he said.

Burrow proposed a quality continuum to put a range of industry mindsets into perspective and highlight those that will get companies and researchers where they need to be.

At the very bottom resides the no-care culture, a regressive culture that basically shrugs off quality as “accidents happen.” Next is the blame culture, a reactive approach that looks to take action after an accident occurs to prevent similar ones in the future. Neither of these are acceptable ways to approach quality, he said.

The third approach, compliance culture, which aims to prevent accidents before they occur, is reasonable, but still not all the way there. A proactive ownership culture that fine-tunes trial systems by taking ownership of mistakes is much better, but again is not the optimal approach for industry. The greatest quality mindset, he said, is making quality a “way of life.” Industry should adopt a resilient mindset that puts risk management at the front and center of research and makes it an organization’s identity, not just an add-on, Burrow said.

“There are always going to be errors. Quality in clinical research isn’t the absence of errors, it’s the absence of errors that matter,” he said. “Our job, in this conversation, is to try to shrink the errors that matter. It’s about the ability to identify the risks that you’re really concerned [about], and that’s a first big step, knowing where your fight is going to be.”

But even the strongest quality system is not foolproof, and mistakes will be made even in trials that have implemented strong quality cultures. If observations are found during an inspection and a Form 483 is issued, a well-reasoned, complete and timely response is absolutely recommended even though a response isn’t required by regulations.

Most importantly, a strong response could soften the agency’s compliance decision. Although responses wouldn’t typically be weighed in the classification decision, facts contained in a good response could help.

“A good response could highlight any new information that becomes available after the inspection which disproves the facts relayed in the 483. It happens,” he said. “The Office of Regulatory Affairs (ORA) is there for a finite amount of time, has access to a finite pool of records. You have everything. You have the study records, the medical records, lab records. There have been situations where study records reflect something that wasn’t done, but then the medical records or lab records reviewed after the inspection showed it was in fact done. When that information is submitted to FDA, it shows us that the root there might not actually be as we thought it was.”

According to Eric Pittman, director of the FDA/ORA Bioresearch Monitoring Program’s second division, the most important thing to do prior to an inspection is to ensure staff are well trained — not just on regulatory requirements and standard GCP, but also on specific protocol requirements and internal processes and procedures. It’s also very important that staff, including those new to a clinical research position, be trained on why compliance is so important, he said.

It’s also critical to assume that all of the studies you’re working on will be privy to FDA inspection. If an agency investigation turns up a number of issues with a study, for instance, the scope of the inspection may be expanded to other studies done at that site, Pittman cautioned. For that reason, always be prepared for all studies to be evaluated, have procedures in place for handling inspections and do mock inspections with staff to practice the real thing.

Additionally, know who to give the phone to when an investigator calls to preannounce an inspection and don’t let it go to voicemail. Voicemails could go unheard, but the agency investigator will still show up on the date they preannounced, expecting you to be ready.

Some of the most common sponsor/monitor/CRO inspection observations, Pittman said, are failures to select qualified investigators and/or monitors, ensure proper monitoring of the study and ensure the study is done in line with the protocol and/or investigational plan; failures to maintain and/or retain adequate records; and failures to submit an IND.

Sponsor-investigators are also commonly cited for the same observations, in addition to inadequate subject protection/informed consent issues and failures to notify the agency of investigator terminations.