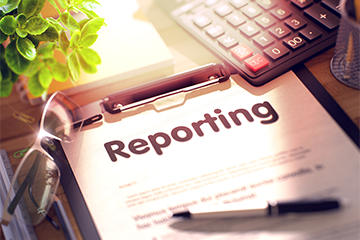 When the FDA threatened penalties in April against a sponsor for failure to submit timely trial results to ClinicalTrials.gov, many saw it as a shot across the bow warning sponsors of the agency’s intention to get tough on violators of a rule intended to make trials more transparent and research findings more accessible to the industry and the public alike.

But if the agency is committed to enforcement, it will need to fire many more shots, according to experts and a new study that shows less than 40 percent of clinical trials active in the database over the past four years are in compliance with the reporting mandate.

University of Oxford researchers in January identified a total of 8,863 studies registered with ClinicalTrials.gov that were required to report results and found that only 3,499 trials, or 39.5 percent, had complied. The 3,951 industry-sponsored trials represented fared slightly better than the total group, with a 45.2 percent compliance rate, according to the report published in the May 24 issue of JAMA Internal Medicine.

“This reporting requirement has been problematic since it was first established,” in January 2017, Wayne Pines, senior director at consulting firm APCO Worldwide, told CenterWatch Weekly.

The requirement is not just a pencil-pushing exercise. Having an updated ClinicalTrials.gov provides timely and valuable information for trial participants, patients with diseases looking for trials, drugmakers’ rivals and potential collaborators.

Unfortunately, the situation hasn’t improved in the past year. A January 2020 report from the same research team found that of the trials registered on ClinicalTrials.gov between March 2018 and September 2019, only 40.9 percent of trials with reporting results due within one year actually met the deadline. In that study, published in the peer-reviewed journal Lancet, the researchers said compliance was poor and not improving.

“Our findings suggest that the FDA should proactively implement additional measures to improve compliance … such as audits that are made public, notices of noncompliance and the potential imposition of civil monetary penalties,” researchers Nicholas DeVito and Ben Goldacre said in the JAMA article.

The FDA, for its part, has been making moves to do just that, issuing a guidance in August establishing fines of up to $12,316 per violation plus the possible addition of another $12,316 per day until the violation is corrected (CenterWatch Weekly, Aug. 17, 2020).

Acceleron Pharma was the first to run afoul of the new agency policy when the FDA issued its first-ever notice of noncompliance on April 27, threatening to levy fines unless the sponsor complied (CenterWatch Weekly, May 3).

Within 24 hours of receiving the letter, Acceleron submitted the summary results information that was previously missing from a trial for its cancer drug dalantercept. FDA spokesman Jeremy Kahn said that the NIH — which manages the database — conducted a routine limited quality control review of all applicable clinical trial results, including Acceleron’s submission. The FDA plans to take the extra step of looking at what Acceleron submitted “to determine whether the noncompliance has been remedied.” In its correspondence with Acceleron, the FDA indicated that the NIH had alerted the agency of the company’s noncompliance. Kahn did not offer a timeline on when the FDA’s review of Acceleron’s submission would be conducted.

When the FDA announced in late April that it had sent a noncompliance letter to Acceleron, the agency disclosed that it had also sent more than 40 “pre-notice” letters to other sponsors as a warning that they were not in compliance and could face penalties. Acceleron received one such notice in July 2020 but took no action until the April 2021 noncompliance letter was sent. Although Kahn declined to say how many of the 40-plus sponsors that received a pre-notice had ultimately responded and what level of compliance those companies were at currently, the FDA’s website still shows that only Acceleron had run afoul of the database’s reporting requirements.

Marc Scheineson, partner with Alston & Bird, says the Oxford study will “likely be studied closely” by the compliance offices within the FDA’s Center for Drug Evaluation and Research and the Center for Devices and Radiological Health. “My guess is that now that its guidance concerning civil penalties is final, the FDA will consider that sponsors are on notice and will find a couple additional high-visibility test cases to pursue,” Scheineson told CenterWatch Weekly.

“Since FDA is committed to sending pre-notice letters first requesting correction within 30 calendar days, accurate and timely trial listings will not likely become an agency priority unless there is an egregious and embarrassing case — e.g., a trial with subject deaths that was not listed,” Scheineson said. “FDA has limited enforcement priorities and conserves those resources.”

Pines concurred. “I think that the JAMA study and the warning letter to Acceleron both indicate that this is an issue that FDA is going to have to deal with,” he says. “FDA does not have the resources to oversee comprehensively the reporting requirements … so it has to rely on voluntary compliance, selective enforcement and resultant publicity.”

Meanwhile, a separate analysis of the top 40 publicly funded U.S. universities found that many had significantly improved the rate at which they are registering and reporting clinical trials to the ClinicalTrials.gov database since 2019, but several schools still remain noncompliant with FDA reporting rules. Researchers with the Universities Allied for Essential Medicines (UAEM) found that the percentage of unreported clinical trials had decreased to 7 percent in 2021, down from 30 percent in 2019, when UAEM last studied the issue (CenterWatch Weekly, April 1, 2019).

In its latest analysis, UAEM researchers found that 17 trials in ClinicalTrials.gov were legally compliant with all FDA reporting rules in February 2021, up from 13 in March 2019. During the same timeframe, the number of institutions with 80 percent or more of their trials registered and results reported jumped to 36 in 2021, up from 16 in 2019. Meanwhile, the number of registered clinical trials within the database more than tripled to 1,516 in 2021, up from 446 in 2019.

A global student organization working to ensure that publicly funded medicines are accessible and affordable, UAEM contends that universities should be held accountable for reporting clinical trial data results in a timely manner because they receive public funding for research. The student organization was assisted by TranspariMED, a clinical trials transparency group.