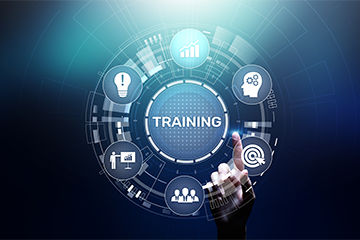 Virtual training for study startup is not only saving time and money, it’s providing more in-depth learning and improved communications between sites and sponsors.

An approach to training that was initially undertaken as a temporary fix during the pandemic has turned into what is now routine.

Sponsors are connecting with sites in real-time and are discovering that conducting virtual site initiation visits (SIV) is more efficient than face-to-face SIVs, according to Brian Schilb, senior director for training solutions at WCG Trifecta, especially for ongoing documentation. “When your sites are onboarded, they can immediately be provisioned into training as the study moves forward,” Schilb says. “Amendment training is almost as quick to launch as it is to create the PowerPoint associated with it.” He adds that on-demand systems and virtual web meetings have been turning around amendments within 48 hours.

Some training has also been made obsolete, Schilb says. Clinical site staff that one large biopharma sponsor was working with were able to be “exempted” from completing certain training topics when the training was managed in a system that applied topic equivalency rules to the site’s personnel training history. The history is retained in the system between and across studies, he says.

Based on an average of 15 minutes of training time for each topic, Schilb says clinical site staff working on studies for the sponsor were exempted from 392,664 training topics over a four-year period — eliminating 98,166 hours in redundant training time. “That type of savings frees up significant time for clinical site teams to use for other important work,” he told webinar attendees.

Sponsors also are holding live virtual investigator meetings that include time for site staff and study teams to ask questions, Schilb says. Questions and answers from those meetings and subsequent discussions are being collected for ongoing FAQ documents made available through on-demand training solutions. Questions are added to the FAQ documents as they come up, making it a living document that will be useful for site staff well into the future, he says.

“It’s good to listen to the feedback from sites,” Schilb says. “One piece of feedback you might receive is that [protocol] amendments are coming so quickly, and you are asked to slow down. If there are dates that are set aside for interaction with sites, amendment training can be rolled out during those virtual meetings.”

While keeping all study training documentation ready for a possible audit by housing it in one location was a relatively easy lift for sponsors, Schilb says they are also now providing on-demand training, as well as training associated with protocols, 24 hours a day, seven days a week. Sites should use the same kind of recordkeeping for training, not only for purposes of audits, but to be ready to train new staff.

Some sponsors have gotten creative in their efforts to build personal connections with sites despite the pandemic. After conducting a virtual investigator meeting for a new indication where they did not know the sites very well, Carrie Lewis, senior director for strategy, oversight and training at Endo Pharmaceuticals, says her company “planned to attend a conference where most of our sites were going to be attending to build relationships. Even if you need to have that face-to-face time, there might be other ways to do it, and you can still have virtual training that really fits the needs of a study or [in-house] training need.”

Still, virtual interaction can help build a sponsor’s trust in sites and vice versa, Schilb says. “[Sites] are provided with a well-developed, fully vetted protocol. Sponsors should be confident that the investigators and their site staff have thoroughly reviewed that protocol and they will rely on it as their primary roadmap for conducting that trial.”

But the industry has also discovered that there are challenges to going virtual. Switching to virtual training can sometimes mean overhauling training and teaching trainers new technologies.

And not everything is best accomplished virtually. “I wouldn’t want to see everything go totally virtual, let’s put it that way,” Janet Ellen Holwell, an independent clinical research consultant and trainer, bluntly told CenterWatch Weekly. “I don’t think that there’s a good substitution for some training to be done in-person. You can simulate some of the interactivity by using breakout rooms and that sort of thing, but it’s not quite the same as having folks in the same room and having them with hands-on experiences.”