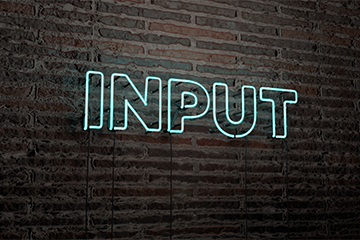 Clinical trial researchers should include input from patients before the trial design and consent process even begins to ensure that minority participants feel included and that all study participants stay engaged until the study is complete.

“Scientists and methodologists were not thinking that way before, but we should definitely know better now,” Eliseo Pérez-Stable, director of the NIH’s National Institute on Minority Health and Health Disparities, said last week at a National Academies of Sciences, Engineering and Medicine (NASEM) workshop on the future of clinical trials.

Pérez-Stable said that in one recent trial, he and his colleagues were able to convince a sponsor to pause recruitment of white participants to focus on enrolling a more diverse trial population. “We were able to nudge them a little bit,” he said. “They did slow down. They understood the importance of it, and they ended up with about 20 percent Latino and 11 percent African-American, which I would say was respectable.”

Megan O’Boyle, principal investigator (PI) of the Phelan-McDermid Syndrome Data Network’s patient registry, said any lingering fears that such inclusion would slow the entire process and cost more money are unfounded and not supported by current data.

“Frankly, the excuse that it’s slowing things down is a reflection of the group not including patients from the very beginning,” O’Boyle said. When asked if fears of such slowdowns were warranted, due to their potential expense, she replied that “not retaining patients and not recruiting the full amount [of patients] are also ways to slow things down and lose money. If you don’t design with the patients and families in mind, then you are not going to retain them.”

Some regulatory processes and rules don’t fully accommodate the industry’s transition to a focus on patient centricity. “So much of what is being done now, whether it’s in research or clinical trials, is old. We’re being protected by IRBs from things that we don’t necessarily want to be protected from. We’re forced to sign consents that don’t allow us to share identified data because people think we need that protection.”

“Meanwhile, we’re sharing our data with Netflix, and everybody has a GPS. It doesn’t make sense to me that our health and our lives are being hindered by this fear of privacy and security, but we’re also giving away our data left and right and we don’t seem to have any concerns.”

As the parent of a child with a rare disease, O’Boyle — who had no previous medical training — said she was recruited by her caregivers’ support group to help build a patient registry for the Phelan-McDermid Syndrome Foundation’s (PMSF) clinical trials. That experience, coupled with the support of assistant PIs at the registry, put her in a unique position two years ago when her daughter, now 20, volunteered to participate in a trial. As the registry’s PI, O’Boyle said, she knew the trial’s researchers very well and was able to request to see the trial’s protocol and daily schedule and to make suggestions, an opportunity not available to most patients or their caregivers in the current clinical trial environment.

Since then, O’Boyle said her team has been approached by other patient advocacy groups who want to be more involved in trial planning. And while sponsors may be open to the concept of patient involvement in reviewing protocols and schedules, such moves are done post-IRB acceptance. “When you have people that don’t have time to take a shower, you cannot present them with a 20-page informed consent and expect that they’re going to read it. If people truly want informed consent, they need to make it short, concise, honest — but stop writing it for the lawyers and out of fear [of IRB disapproval]. Patient groups need to see the consents prior to IRB approval.”