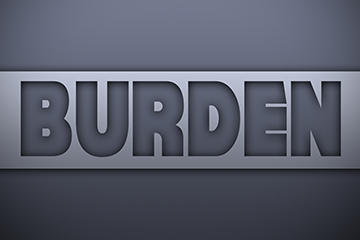 Sponsor requirements that vary wildly from study to study, increasing protocol complexity and multiple amendments create a burden far beyond that placed by increased regulation. In fact, sites’ perception of increased regulatory requirements has dropped dramatically over the past five years.

Roughly 80 percent of sites responding to a recent Complion survey said the burden associated with administrative tasks for a single study has increased over the past two years, either “significantly” (41 percent) or “somewhat” (39 percent), continuing a five-year upward trend.

When asked to pinpoint areas that contributed to an increased overall burden, 59 percent of the more than 200 respondents singled out “increased diversity in each sponsor’s requirements.” The same percentage cited “increased site responsibilities,” and 53 percent chose “increased protocol complexity.”

Increased regulatory requirements also were cited by 53 percent of respondents, but that figure is a 20 percentage point drop from Complion’s previous survey, conducted in 2015. Only 28 percent of 2020 respondents chose “increased reporting requirements” from regulators (e.g., adverse events, protocol deviations, etc.), also a sharp drop from the 53 percent response in 2015.

Jaclyn Clark, marketing manager for survey sponsor Complion, a clinical research software firm, says those numbers are in line with what the company hears anecdotally in its conversations with sites. “When we talk with sites, one of the things we hear about is the diversity of what sponsors are asking for,” Clark says. “Every sponsor is coming to them with different interpretations of regulations, different mandates, and different portals and tools” to be used during a study.

She says sites can ease some of their burden by advocating for more standardization among studies. While sponsors may have preferred tools and technologies for handling study data, they often are open to sites using their own systems as long as they have a proven track record.

“Sites feel like they have to comply with whatever the sponsors require, but there are ways for sites to take more control,” she says. “The sites are responsible for what the sponsors are accountable for.” In other words, Clark says, sponsors want to ensure that the data produced by a study is sound, but sites are the ones doing the work that will ensure that’s the case. So it’s in the best interest of sponsors for sites to feel empowered and confident in the tools they’re using.

The 2020 survey also shows some sites are taking steps to combat the problem; 43 percent of respondents said the bulk of regulatory tasks were handled by specialists, while only 34 percent assigned that work to a study coordinator or nurse. In 2015, the numbers leaned in the opposite direction, with 46 percent of sites using a study coordinator and only 28 percent using a regulatory specialist.

Principal investigators (PI) also have been relieved of some of the burden, the survey shows. Only 7 percent of sites said PIs handled administrative tasks in 2020, down from 19 percent in 2015.

Those numbers would seem to confirm the data on perceived regulatory burden, Clark notes, if sites are increasingly feeling the need to hire a specialist to handle those tasks.

The survey also found that only 19 percent of sites currently use third-party document management systems to store study documents electronically. Of the sites not currently employing such systems, 80 percent said they have no plans to purchase one in the next two years. Roughly 63 percent said they send at least some portion of their documentation to a third party for archiving purposes.