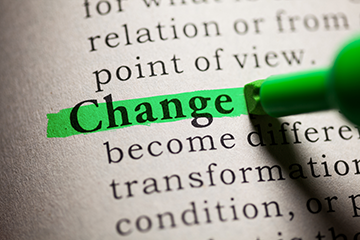 More than half of the top 50 pharma sponsors have had to make protocol changes in their ongoing trials since the COVID-19 pandemic began, driving up volume at IRBs and sparking “remarkable growth” in clinical trials over the past three months.

Data collected by the Tufts Center for the Study of Drug Development (CSDD) show that, as of May 20, only 45 percent of the top 50 sponsors were continuing to follow their trials’ original protocols; 30 percent were switching to remote and virtual models; and 25 percent were delaying ongoing activity, CSDD Deputy Director Kenneth Getz told attendees at MAGI’s Clinical Research Cloud Conference 2020 last week.

“Initially, this growth really came from protocol design changes and pivots through actively enrolling clinical trials that suddenly had to change their operating model in response to the social distancing requirements and the quarantine requirements that the pandemic introduced,” Getz said, but that’s been followed by a wave of new protocols for trials of COVID-19 treatments and vaccines, with several hundred now in phase 1, 2 or even further along.

The total number of co-development arrangements announced publicly in the past four months is greater than the total in the three years before that, he said, according to the CSDD’s analysis. Of the 50 research sponsors examined, 34 percent were engaged in independent development of treatments and vaccines and 42 percent were engaged in collaborative development as of March 30, rising to 46 percent and 56 percent, respectively, as of May 8.

The public is putting a lot of hope in the ability of clinical researchers to fight COVID-19. Getz said that 60 percent expect a vaccine in less than one year and 33 percent in one to two years, with only 7 percent thinking it will take more than two years, according to an international survey of 500 people conducted at the end of April by the Center for Information and Study on Clinical Research Participation. The more rapid timelines may not be realistic, he noted. And on the downside of public opinion, only 55 percent said they would be somewhat or very willing to participate in clinical trials, compared to a steady level of around 85 percent pre-pandemic. Nine in 10 subjects actually participating in clinical trials at that point reported changes in the process, with 26 percent reporting that their trials had been suspended.

“There are four key takeaways from the pandemic,” according to Getz: