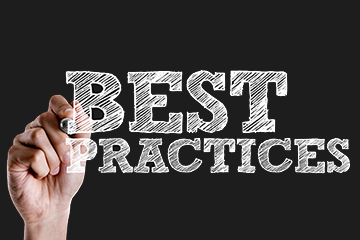 Easing the burden and decreasing the cost of site monitoring visits is a matter of linking all systems and providing one access point, experts say.

Approximately 15 percent of study costs are related to site monitoring, and site visits can take up to 18 hours from preparation to follow-up. But monitoring doesn’t need to take this long, nor does it need to comprise a large proportion of study costs, says Henry Galio, senior director at Veeva Systems. Galio and Veeva chief technology officer Drew Garty recommend five best practices for streamlining site monitoring.

“Streamlining a process with a better user interface while optimizing targeted source data verification (SDV) should allow us to reach a five percent reduction in costs, which could be significant,” said Galio.

Garty added that one of the best practices for simplifying and optimizing SDV is to develop monitoring plans that describe the SDV approach and rationale while referencing the electronic data capture (EDC) design specifications in detail. “This is where you start to use the EDC to begin fusing specifications and design into one,” said Garty.

All too often, he added, sites think of SDV as an optional task. “’Optional’ really shouldn’t be an option,” he said, “because it really only brings ambiguity and risk into your execution model.” He explained that if something is optional and dependent on the monitor to determine whether they’re supposed to perform SDV, then it can be challenging to track compliance. To streamline SDV and compliance, improving the monitoring experience in the EDC by reducing “noise” may be one effective strategy. Having a filter in a unified EDC that can remove tasks unrelated to monitoring may be helpful for reducing this noise.

While technology has enabled a more structured and somewhat organized approach to monitoring, the addition of several different platforms to the existing complexity associated with monitoring may not be an efficient strategy.

“Over the last 20 years when CTMS and EDC systems came to fruition, I’m not sure that technology has helped us in becoming more efficient at monitoring,” said Galio.

If sites can combine the CTMS, eTMF, CDMS and other systems into one platform that uses a single log-in, this can help streamline monitoring operations by reducing the number of steps for the monitor, added Galio.

EDC, arguably the best alternative to the traditional paper-based method for capturing data, has been increasingly used to perform more complex monitoring actions. One of the roles of the EDC, at least in some studies, is to capture serious adverse events (SAEs) that are then relayed to the safety team. Angela Pitwood, vice president of WCG Vigilare, says that the best way to improve site efficiency in the monitoring of these events is to report SAEs into the EDC as quickly as possible. “If there are delays in entering these data into the EDC,” she said, “then we can’t update the safety database, which we’re using as source material for the safety team.”

Having the EDC perform multiple complex monitoring actions, however, may be less than ideal. “This actually makes our operating ecosystem fragile,” said Garty. Challenges often arise when trying to perform ancillary reviews and assessments of clinical data inside the EDC system on an electronic case report form (eCRF). “First of all, assessments get embedded in the eCRF,” noted Garty, “and if you want to make changes to the assessment, you have to modify the eCRFs.”

Security can also be difficult to manage, particularly if the purpose of the data is for internal review and not for submission. Garty suggested that the best practice is to keep clinical data review and assessment results separate and outside the EDC system to simplify the process and improve efficiency.

As an additional best practice, Garty encourages sites to leverage operational metrics during the course of a study to improve study and standard designs over time. Sites should examine queries made in an EDC or other similar systems and document which queries either don’t add value or are not relevant to the monitor’s primary focus. Garty added that sites may want to examine queries by form, as data management or other responsible actors may have designed a form that doesn’t match the procedural order at the site, their source documents or EMR data.

Leveraging operational metrics in an EDC can also help sites understand why mistakes are made, which can also drive subsequent optimization of study design. “Looking at and understanding why people are making changes in a system can give you great insight into improving study design,” said Garty. “Sites should understand which queries in an EDC system are driving data changes and should be able to report this information as a metric.”

As the industry continues to evolve, challenges in collaboration across sites, CRAs and data managers are likely to increase. Galio predicts a paradigm change in the industry, one that appears to be shifting focus from a series of metabolic disease entities and portfolios to a focus more inclusive of oncology, rare disease, HIV and others. “The shift may require having more complicated protocols and studies, more complicated monitoring and EDC and eCRFs as well as increases in the need for collaboration,” said Galio.

Collaboration, however, is often stifled by monitoring applications that do not allow for simplified digital data-sharing. “To fully and easily collaborate, you need multi-tenant cloud applications where each company isn’t going to have to figure out how to provision someone else’s organization in their environment,” according to Galio. “You also need a system or systems that can easily and readily adapt, so that adding a field in an EDC system or CTMS doesn’t turn into a three- to six-month implementation fiasco.”

Galio re-emphasized the value of CDMS and CTMS connectivity to improve efficiency and improve coordination across sites, CRAs and data managers. Best practice, he said, is to invest in a coordinated and unified system to simplify communications. “Try to get rid of your trackers and the need to log in to multiple systems,” added Galio. “I hope that in the next couple of years this will be unacceptable, and we’ll be in a phase of technology where everything is connected, unified and all-in-one.”