We use cookies to provide you with a better experience. By clicking the Accept button, you are agreeing to our use of cookies in accordance with our Privacy Policy.
Home » Clinical Inspection Summary Reports Call Out Data Integrity Problems 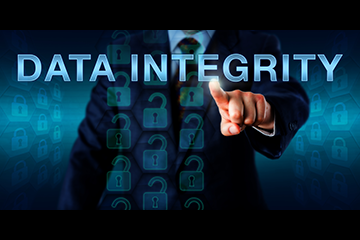 When a site undergoes an FDA inspection, just because its policies and procedures pass muster doesn’t mean the agency won’t ask for more proof of data reliability.

No Action Indicated (NAI) or Voluntary Action Indicated (VAI) classifications aren’t always the end of the enforcement activity. It’s the Clinical Inspection Summary (CIS) that determines whether the agency will take action on data integrity issues.

In addition to delivering a Form 483 listing compliance issues at the end of a site inspection, FDA field investigators prepare a CIS for review by the agency’s Center for Drug Evaluation and Research (CDER), closely examining any data issues found and how they affect the integrity of the trial’s findings. If the CIS suggests any concerns about the reliability or safety of a trial’s data, a site can find itself facing a number of corrective or preventive actions levied by CDER’s Office of Compliance (OC), according to former OC Director Cynthia Schnedar.

The agency “has been very clear that you could have an NAI or a VAI classification, and you could still get an active recommendation in the clinical inspection summary,” says Schnedar, executive vice president of regulatory compliance at Greenleaf Health.

Actions could range from requiring a repeat inspection or inspection of other trial sites, to requiring the trial to exclude questionable datasets or bringing in a third-party auditor. “They may have concerns that are so grave they think they need another set of eyes,” she says. “They may even ask you to conduct some additional studies or conduct additional analyses.”

Although not as severe as an Official Action Indicated (OAI) inspection classification, which can carry severe penalties, an active recommendation resulting from a CIS is a signal from the FDA that more needs to be done to ensure the reliability of the trial’s data. Between 2015 and 2017, 19 percent of CIS reports resulted in active recommendations.

To avoid active recommendations, Schnedar recommends informing the FDA as soon as an issue is discovered and asking the agency for help in resolving it. “FDA has been actively encouraging early engagement when you have a data integrity issue arise during your trial,” she says.

She points to one case in which a sponsor found an issue with their data — losing the audit trails due to a change of systems — and reported it to the agency. The FDA guided the sponsor through the process of fixing the problem, Schnedar says. “But they also mentioned that it would have been easier if the sponsor had disclosed earlier on when it discovered this problem, and that they probably could have addressed it more efficiently than they had to in the end.”

Rules for when to report data integrity issues are not clearly laid out by the agency, but she points out that involving the agency as you are working to resolve the problem helps ensure that you don’t affect or jeopardize the reliability of your data.

“So I think what’s important to keep in mind is that it’s always important that you maintain your trust in your relationship with FDA.”