We use cookies to provide you with a better experience. By clicking the Accept button, you are agreeing to our use of cookies in accordance with our Privacy Policy.
Home » Device Apps Present Unique Risks in Trials 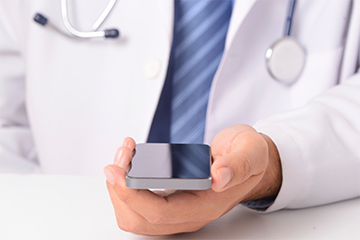 As the use of commercial apps in clinical trials mushrooms, sites will need to work more closely with their IRBs to be sure using those apps doesn’t slow down a trial.

One of the first questions sites should consider is how the app will be used in the trial. For example, an app that controls a medical interaction, such as an insulin pump, presents a higher risk than one that simply collects and stores participant data.

“Usually these apps are low-risk, but of course there are the few that run the insulin,” said David Forster, WCG clinical chief compliance officer. Those are clearly going to be FDA-regulated devices, he said.

“You have to look at the risk of the device,” said Forster. “One step is to determine whether or not it’s an FDA-regulated app. If it is, all the device regulations apply.”

All apps used in clinical research need to be reviewed by an IRB under the widely accepted principles governing human research protections in clinical trials, according to Forster.

But “one of the big questions is whether or not the IRB is responsible for the end-user license agreement in the terms of use” in a commercial app, said Forster. “Usually what they will say … is that you can’t sue for damages if the device fails. Then it is up to the IRB to decide if that risk is acceptable.”

“Usually this is mentioned in the informed consent and provided to the IRB,” said Forster. “If the sponsor is giving you the app, then you need to look at exculpatory language.”

The informed consent should explain how the app’s use differs between everyday life as reflected in the end-user license agreement and a research setting. Sites should be transparent from the start with patients about what the app will do and require of them.

Sites should also give the IRB such details as:

Sites should plan for the worst in the event an app harms a patient or malfunctions. If there’s a malfunction that has any negative impact on study participants, it has to be reported to the IRB as a potential unanticipated problem.

The kinds of risk an IRB will consider acceptable is not the same in every case. But when presented with an app from Apple versus a no-name developer, IRBs will consider Apple’s app more trustworthy, considering where it comes from, who makes it, and what it does, according to Forster.

Sites should also consider whether the use of the app is mandatory or optional for patients in a trial, as well as the alternatives to using it.

A final consideration is if the participant withdraws, how do you get the app out of their life?

“It could be as simple as deleting the app from the phone,” Forster said.